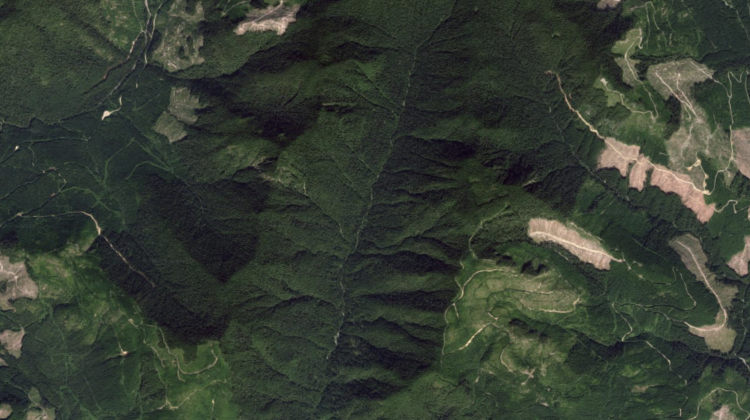 Satellite image of Fairy Creek watershed courtesy of Google
Teal Jones says it will appeal the BC Supreme Court ruling from September 29 that rejected its application to extend the Fairy Creek blockade injunction.
The company says not launching an appeal would allow “anarchy to reign over civil Society.”
Teal Jones says the anti-old-growth logging protesters responsible for road blockades in the Fairy Creek are have been “flouting both the stated wishes of the local First Nations and the well-reasoned court injunction” through dangerous and illegal activities.
It also says the activists have been using a sophisticated and well-financed misinformation campaign.
The company says its harvesting activities are “responsible, consistent with all provincial regulations and engagement with local First Nations,” and it will continue to continue logging in Tree Farm Licence 46.
The company says if it’s not able to continue, it will be forced to lay off employees and shut down mills.
BC Green Party Leader Sonia Furstenau, the MLA for the Cowichan Valley riding, calls the ruling by Justice Douglas Thompson “fascinating,” and “quite significant.”
Furstenau says the “reputation of the courts” has been put front and center by the judge.
She added that the “reputation of the RCMP has been tarnished, and the reputation of this province and its government has been tarnished.”
In his ruling, Justice Thompson stated that the RCMP enforcement hurt the reputation of the courts, and the enforcement tactics were a serious and substantial infringement of civil liberties and freedom of the press.
He went on to say there are other laws at the disposal of the police under the criminal code, and provincial laws, such as the Forest and Range Practices Act.
Furstenau says the conflict exists because people are now doing what the provincial NDP had originally promised to do – protect old-growth forests.
“We need to restore the reputation of this province and our political system quite frankly, and John Horgan and the NDP need to step up and put solutions on the table that protect these forests, that protect people, protect workers.”
Furstenau says we’re in a climate emergency and witnessing a loss of bio-diversity, and decision-makers need to take a “very serious and sober look at the implications of decisions being made right now.”