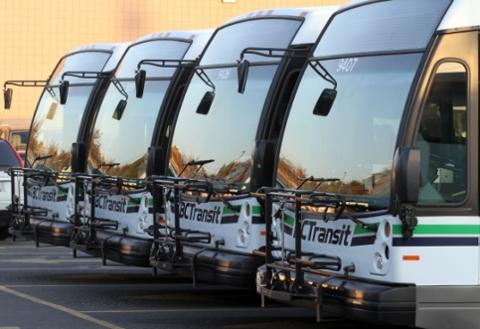 A line of Transit Buses - photograph courtesy of BC Transit

BC Transit says NextRide is coming to the Cowichan Valley in the next few weeks.

The technology allows people to access real-time information on the location of buses and when they can expect the next one to arrive at their stop.

BC Transit says under a cost-sharing agreement between the province and Ottawa, it plans to install Next Ride in transit systems across BC.

NextRide will begin this month in the Cowichan Valley and in February up in Campbell River and it will be installed for Sechelt’s regional transit system in the summer.

As well as real-time location data on the Transit APP or Google Maps, there will be onboard announcements about upcoming stops that will make transit more accessible, safer, and enjoyable.

Dog falls through ice, is saved by fire department and Nanaimo emergency vets