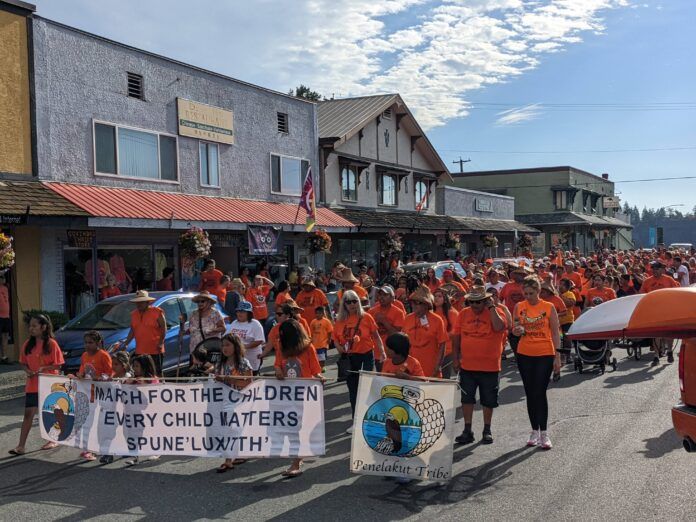 Hundreds showed up for Penelakut Tribe’s second annual March for the Children.

The event which ran in awareness of the continuing impact of Canada’s residential school system on Indigenous Peoples.

I was able to speak with Stz’uminus First Nation elder and Kuper Island residential school survivor George Harris, who says he has hope for the future with the first steps seen in the Truth and reconciliation movement. We also talked about the Pope’s visit to Canada last week.

The audio from that interview is above. Music used in the interview is recorded directly from a drum group as they performed during the march on Monday.