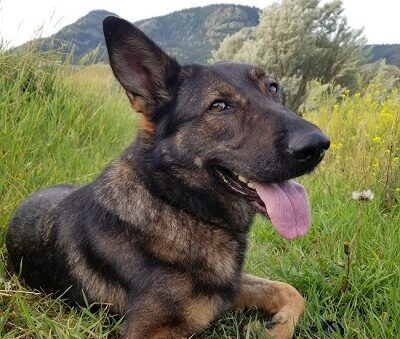 An RCMP Police Services Dog demonstrated how useful they are when called on by frontline officers.

A Duncan area woman is recovering after several cold and damp hours spent outdoors when she became disoriented during a walk on a foggy evening earlier this week.

She was reported missing at 5 am Wednesday after her roommate realized she hadn’t returned from a walk the night before.

The North Cowichan-Duncan RCMP says police dog Halla and a search and rescue team began looking for her.

She was found by Halla about an hour and a half later in an open field near Westholme Road.

The 58-year-old woman had been suffering from mild hypothermia and went to the hospital for treatment.

As for Police Service Dog, Halla, it was all in a night’s work.

Corporal Alex Bérubé of the RCMP says police dogs are invaluable assets to their work, which often includes searching for missing people.