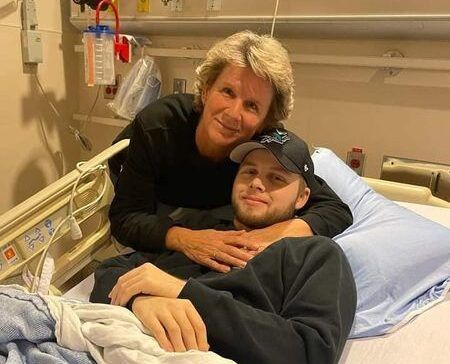 A GoFundMe campaign has been started for a young Cowichan Valley man dealing with a rare form of cancer.

22-year-old Cole Little was diagnosed with Osteosarcoma about a year ago.

He’s recently had surgery to remove part of his pelvis and tailbone and is now on the long road to recovery, which is expected to take a couple of years.

The fundraiser was started by Kathy Neeves and her husband who became family friends with the Littles years ago in Cobble Hill.

“Cole always had a swagger, but I really mean that in a positive way,” says Neeves. “He just had this grin on his face all the time. He was passionate. He knew at such a young age what he wanted to do.”

What he wanted to do was be a chef. He worked in Vancouver at a restaurant and just as his life was getting off the ground, a diagnosis brought everything crashing down.

What started out as a sore back lead to a visit to the doctor and ulitmately a diagnosis of osteosarcoma – the same form of cancer that Terry Fox suffered from.

“Even through all of that, he still keeps that grin on his face and that same positive attitude,” says Neeves.

Neeves says she just wants to help take away any financial strain on the family so that they can focus on healing. Through the first five days, they’ve raised over $16,000 towards a $50,000 goal.

That’s in addition to a bottle drive and a bake sale that had been run in Little’s name.

“It’s fabulous that people have stepped up to do that,” says Neeves. “But he needs more money than we can raise doing those community things. He needs to be able to focus on recovery and not be worried about finance and that kind of stress.”

You can donate to help the Littles on GoFundMe.

“This family has banded together to take care of each other,” says Neeves. “It’s hard to be taking care of your son when he’s in hospital and also be working to have extra money.”