Aboriginal Day vigil at bridge to call for action on MMIW 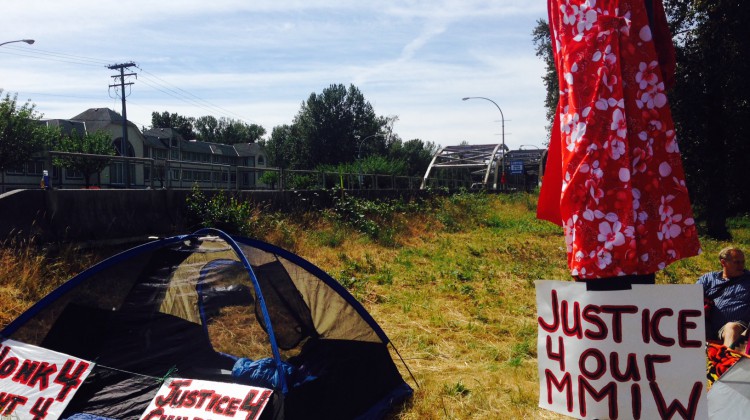 National Aboriginal Day was marked throughout the region by celebrations, games and family events, but there were also calls for political action.

Brett says she was inspired by the backlash over the cancelled “Om the Bridge” yoga day in Vancouver.

They also hung several red dresses around their camp by the bridge.

Brett also says she’s motivated by a personal connection to the issue.

The Harper government has rejected calls for an inquiry into missing and murdered indigenous women, saying it’s already acting to address the issue.