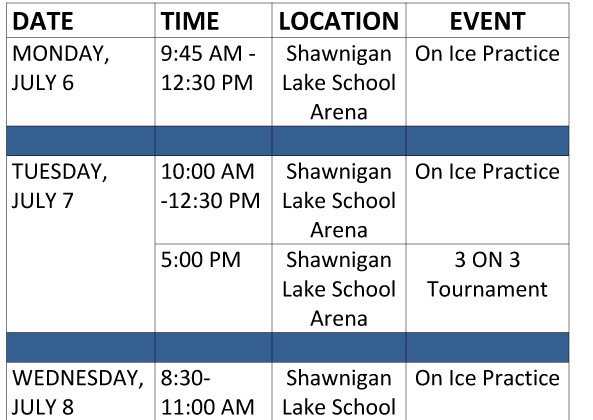 Hockey fans will have an opportunity to watch the future of the Vancouver Canucks take to the ice in the Cowichan Valley.

The team’s prospects development camp kicks off on Friday at Shawnigan Lake School and goes until Thursday, July 9th.

The school’s Rudy Massimo says all on-ice practices will be taking place at the new hockey arena and will be open to the public (dates and times are included in the story photo).

He says the Canucks decided to have it in Shawnigan Lake after the two sides worked well together in the past.

A full roster of the players attending can be found here.