RCMP want to question this man about a stabbing 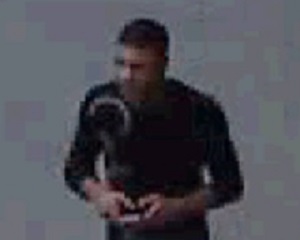 North Cowichan/Duncan RCMP have released a security camera pictures of a man they’re calling a “person of interest” in their investigation of a June 28th stabbing.

It happened in the parking lot at the Drinkwater Road Tim Horton’s just before 3pm that day.

Two men got into “fisticuffs” after a road rage incident.

One of them, a 25 year old from Crofton, was stabbed and had to be hospitalized. But the suspect hasn’t been found.

RCMP say they’re very interested in finding the man in the picture below.  They say he may be able to shed light on what happened.  They’re not giving any other details about how he’s connected to the incident.