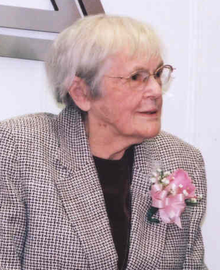 A woman from Vancouver Island, credited with exposing the risks of the drug thalidomide, has died.

Doctor Frances Kelsey died on Friday morning in London, Ontario, at the age of 101. She passed away just a day after receiving the Order of Canada.

Kelsey was born in Cobble Hill, and lived there until leaving to study pharmacology and medicine.

She pushed to ban thalidomide while working at the US Food and Drug Administration in the 1960s. It ended up causing serious birth defects in thousands of children in other countries, including Canada.

Kelsey maintained close ties with the Island and even has a school named after her near Cobble Hill.