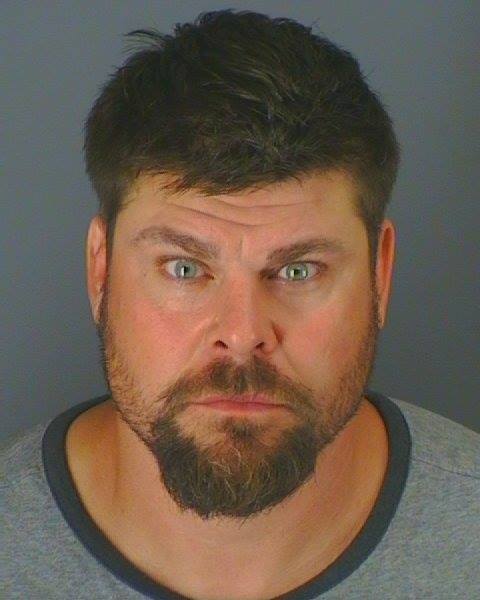 The Oneida County Sheriff ‘s Office says 38 year old Dale Purinton (shown above in photo provided by Oneida County Sheriff)  was arrested Wednesday night in connection with an August 11th break in and assault in Sylvan Beach, a community about 200 kilometres east of Buffalo.

He’s been charged with First Degree Burglary, which is considered a felony in NY.  At last word he was being held in a County jail ahead of a future court appearance.

Purinton, a former NHL player, is the head coach of the Kerry Park Islanders of the Vancouver Island Junior Hockey League.

“Effective immediately, the Kerry Park Islanders Junior B Hockey Club has released Dale Purinton from his coaching responsibilities pending the outcome of the current investigation.

Due to this being a legal matter, we are unable to comment further on the situation.

The Kerry Park Islanders are currently in the process of selecting our 2015-2016 team. We have a number of well-qualified coaches who have been with program for several years to finalize this year’s team.

Any further questions should be directed to the Oneida County sheriff’s office in New York.”