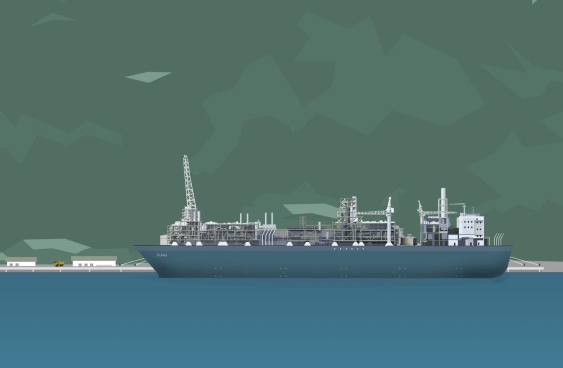 Opponents of LNG development in BC say an agreement between the Malahat First Nation and Steelhead LNG for an export terminal in Bamberton raises familiar concerns.

The agreement was announced Thursday.

Malahat and Steelhead say it will create around 200 jobs and bring millions into the local economy.

In a joint statement about the project Acting Chief Tommy Harry is quoted as saying, “As a Nation committed to improving the quality of life for our people, we are excited about this opportunity with Steelhead LNG.  In 2015, our Nation developed a Comprehensive Development Plan that reflects our people’s needs and their vision of how we want to develop our Nation. We recognized that to achieve that vision, we needed to look beyond our Nation to develop new business relationships and economic opportunities.”

Torrance Coste is with the Wilderness Committee. He says they don’t want to see this project go ahead any more than the others in BC.

“No government, federal, provincial, or First Nation, should be expanding fossil fuel exports given what we know about climate change and given where we are at right now on this coast, in this country, and around the world,” he says.

Coste also says the are big logistical challenges in getting gas, which he worries will mainly come from fracking operations, from northern BC to the South Island.

Interim BC Green leader Adam Olsen, meanwhile, says there’s potential for better uses of the Bamberton site and he doubts the project will clear all the hurdles.

In a blog post about the project he says:

“I strongly advocate for the right (and necessity) of First Nations to develop our communities economic capacity, having been born and raised on Tsartlip First Nation, I have a deep understanding of the need for more economic opportunity. While I support their right to move forward with this project, I don’t have to support it, and I can’t! There is so much potential for the Bamberton site that does not include developing a 19th or 20th century industry for the short and medium term.

Malahat LNG is such an unlikely project. Piping gas from the northeast of British Columbia and Alberta, across the Strait of Georgia to Bamberton is far-fetched. But with the B.C. Liberals in government and a speculative LNG bonanza underway in British Columbia don’t completely write this notion off just yet.”