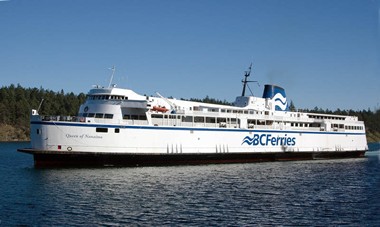 BC Ferries’ open houses on proposed changes for the Southern Gulf Islands continue this week,  and they’ve already heard some people aren’t happy.

Johnson says there are two issues:

The loss of connections between Saturna, Mayne and Pender, and a schedule that would make it harder to do day trips to Vancouver Island during business hours.

She says she launched the petition, even though the consultation is still going on, to keep Saturna’s voice from being drowned out.

Johnson says she’d also like to see the new schedule drawn up by a committee that includes Gulf Islanders, instead of being left in the hands of a consultant.

The final two open houses are August 27th on Galiano and September 9th on the Lower Mainland.