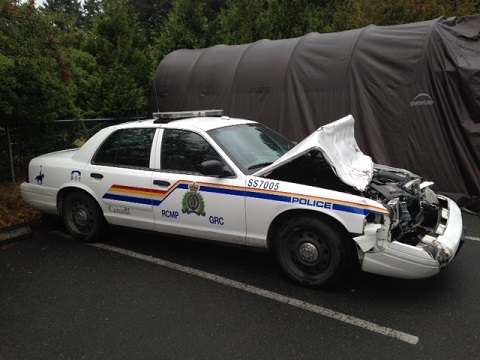 Salt Spring Island RCMP say one of their officers is going to be off duty for a while, after being injured in a bizarre incident early Saturday morning.

RCMP were at an impaired driving road block, when the driver of an SUV tried to dodge the check point.

The truck slammed into a parked cruiser, injuring the officer inside

When officers tried to block it with a second vehicle the SUV driver rammed both several times, and sped off.

But when emergency crews tried to get the driver out, he grabbed an axe, started making threats, and tried to set his truck on fire.

The man was arrested under the Mental Health Act, and will likely face criminal charges.  The Independent Investigations Office is also looking into the incident. 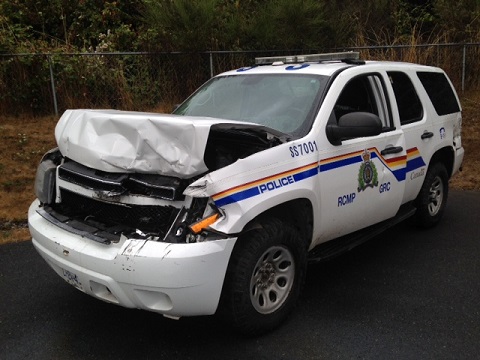