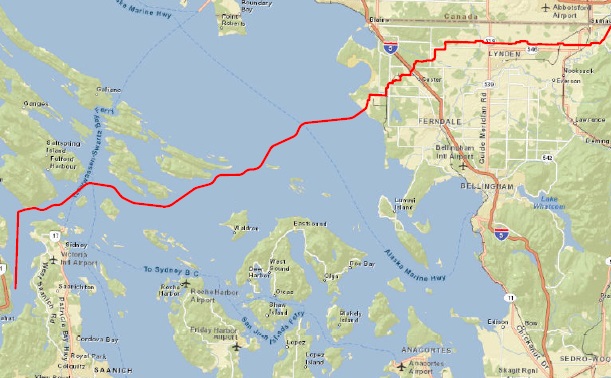 The LNG project being proposed for the Malahat First Nation’s Bamberton property will get its natural gas from a new pipeline.

Steelhead LNG says it’s going to work with the US based company Williams on the Island Gas Connector, which will bring gas from Washington State, under the Salish Sea and past Salt Spring Island to Mill Bay.

It’s a total length of about 128 kilometres.

Steelhead CEO Nigel Kuzemko says they found the current Fortis pipeline to the Island doesn’t have enough capacity (Fortis is already planning an expansion of part of that line for the Woodfibre LNG project in Howe Sound).

Kuzemko says the company is now doing the studies needed for environmental approvals from the US and Canadian governments.

“Williams shares our commitment to environmental and social responsibility and we look forward to working with them to develop a natural gas pipeline whose design, route, construction and operation meets the needs and standards of potentially affected Aboriginal groups, communities, governments, regulators, our Projects, and partners,” he says.

Kuzemko also says expanding the pipeline to feed a proposed plant on the West Coast of the Island would be a separate project.