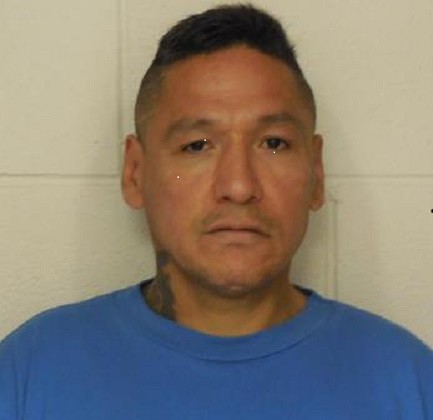 There’s a Canada-wide warrant out for his arrest for breaching the terms of his parole.

He was released in mid-August, and he was supposed to be living  at Salvation Army New Hope Centre in Nanaimo, but he has not returned since August 31st.

RCMP believe Pahtayken is still in the Nanaimo area.

He has a lengthy criminal record, including violent offences. He failed a drug test, so RCMP know he is using illicit drugs. He is highly unpredictable and should not be approached.

He has a scar below his right eye, a surgical scar on his stomach and prominent gang tattoos on his stomach (Red Alert). He also has other tattoos including a rose, wizard, dragon and castle on his arms, and an Indian head on his neck.