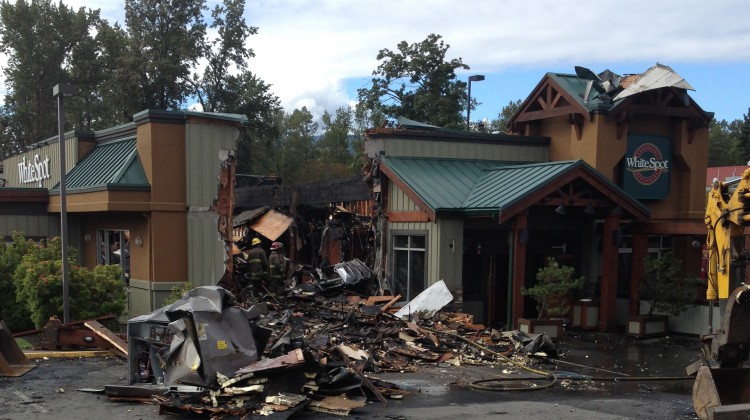 The owner of the White Spot in Duncan is vowing to rebuild after a major fire gutted the restaurant early Friday morning.

Marty Goliath says representatives from the company have already flown into town and are taking a look at the site.

In the meantime, he says the focus is on taking care of the staff.

Mike McKinlay is the chief of the Duncan Fire Department.

McKinlay says investigators are looking into the cause of the fire. He says nobody was injured and the building was empty while it happened.