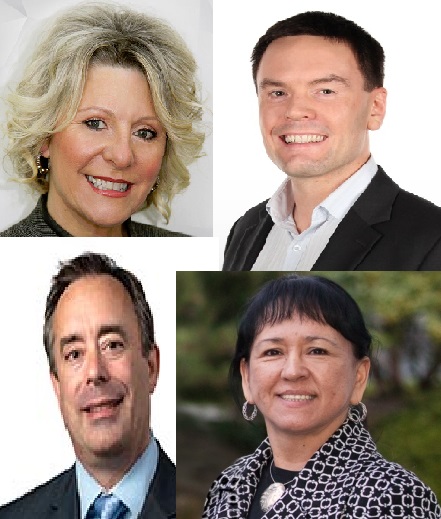 With the campaign at the half-way mark, all four major candidates in Cowichan Malahat Langford agree it’s going to be a close race:

Green Fran Hunt Jinnouchi feels they’re very much in the mix, “People have been predicting that it would be a close race between the Conservatives and NDP, (but) we have made tremendous strides as a Green Party all across Vancouver Island”

For the NDP’s Alistair MacGregor it’s a blue-orange battle, “If you look at the history of Vancouver Island, especially north of Victoria, they’ve always been close battles between the NDP and Conservatives and I expect the Conservatives will definitely put up a good campaign this time around.”

Martin Barker, the recently nominated Conservative, is seeing a bit of both perspectives, “The numbers are showing that this is a toss up in this riding. The NDP and Conservatives are very strong and I know the Green Party are making a lot of efforts.”

We also asked the candidates to give us a little “doorstep pitch” on why they should get your vote.