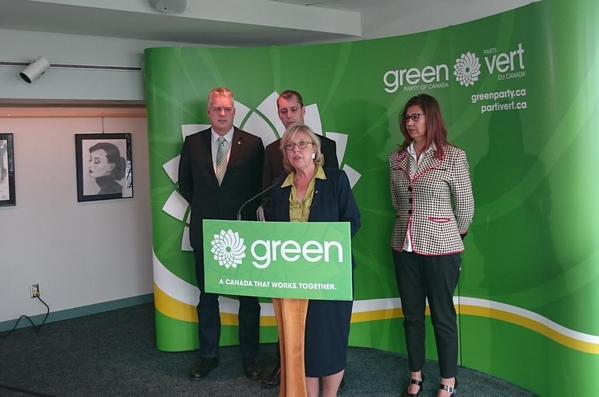 Green Party Leader Elizabeth May kicked off a busy day in the riding of Nanaimo-Ladysmith on Tuesday with a press conference attacking the trade agreements Canada’s been locked into.

May says Beijing could seek billions in damages against Canada if it thinks the country is doing anything that would get in the way of profits, like not approving pipelines.

May says Canada should reject new FIPAs, and make sure FIPA threats are publicly disclosed, and not settled behind closed doors.