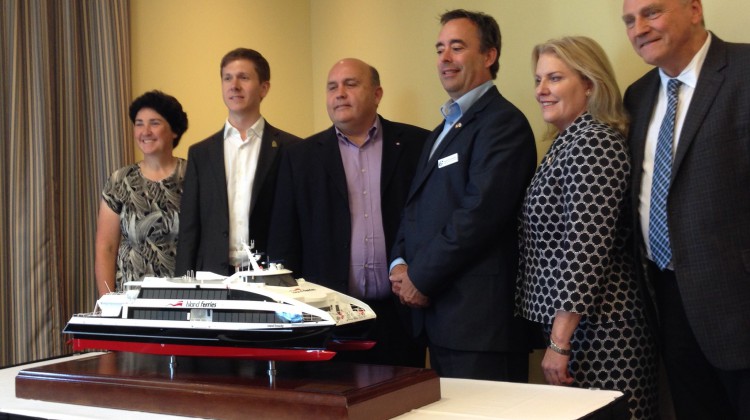 A major conservative campaign promise for the Island

Courtenay Alberni candidate John Duncan was in Nanaimo Thursday to announce that, if reelected, the Conservatives would offer financial support for Island Ferry Services.

He was joined by other candidates from around the Island, including Cowichan Malahat Langford’s Martin Barker, and Nanaimo Ladysmith’s Mark MacDonald, who he credited with keeping the need for the passenger ferry front and center during his time at the Nanaimo Daily News.

The company has been trying to get funding together to launch the foot passenger service to downtown Vancouver, and it’s been waiting for word on a request for about 14-million dollars in federal money.

Duncan is also promising to push for support for Island Ferries if he’s re-elected, but not in government.