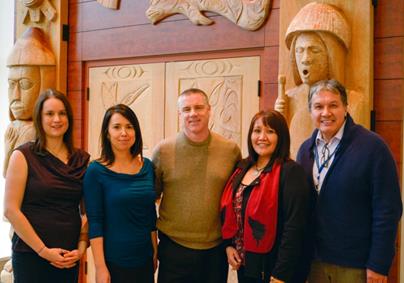 Island Health is getting national recognition for the way it attracts, supports and keeps Aboriginal employees.

The health authority’s Aboriginal Employment Program has been awarded a Leading Practice designation from a group called Accreditation Canada.

Steve Sxwithul’txw is the program coordinator.

Sxwithul’txw says the goal is to get more Aboriginal people working at Island Health, and they’re meeting it. He says in April of 2012, there were 199, and now, there are 520.