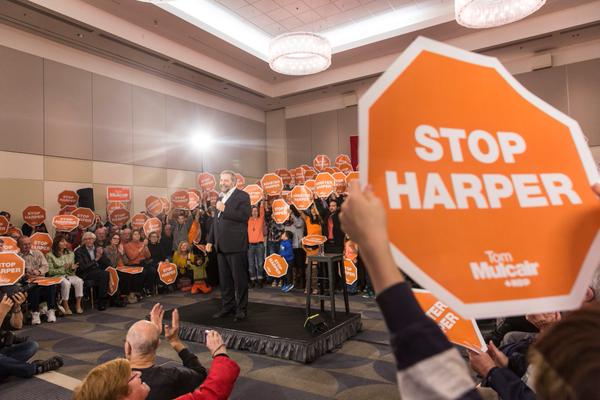 More signs that BC, and in particular Vancouver Island, is going to be a key battleground in Monday’s election.

NDP leader Tom Mulcair made a barnstorming tour through the Island over the long weekend, with stops in Victoria, Duncan, Nanaimo (photo above, courtesy NDP), and Courtenay

Green leader Elizabeth May is doing the same Tuesday in Nanaimo in an event featuring fellow Green leader James Shaw of New Zealand.

Mulcair headed to Ontario Tuesday, where Conservative Stephen Harper and Justin Trudeau of the Liberals are also campaigning.