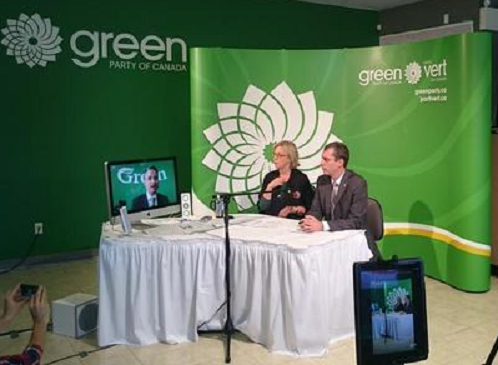 Green Leader Elizabeth May outlined her party’s opposition to the Trans Pacific Partnership during a stop in Nanaimo Tuesday, and gave that opposition an international flavour.

May was joined through video link by the co-leader of the New Zealand Greens.

May says so-called investor-state provisions in the TPP could take away Canada’s ability to enact laws to protect health or the environment, by giving foreign corporations the right to seek damages.