BC Green’s Olsen: LNG is ‘pipe dream’ for Clark Government 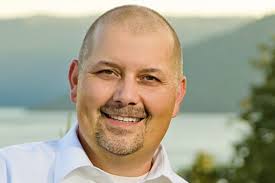 The interim leader of the BC Green Party isn’t buying what the Clark Government is saying about the about the future of LNG in the province.

Adam Olsen says the industry hasn’t taken off like the provincial government anticipated it would in 2013, and yet, Premier Christy Clark continues to back it.

Olsen recently led a rally against one of the projects…a proposed facility in Bamberton. He says about 100 kayaks and canoes paddled into the Saanich Inlet to make a statement against the Malahat-Steelhead LNG project.

There are currently 20 LNG projects in the works, including Woodfibre LNG in Howe Sound.