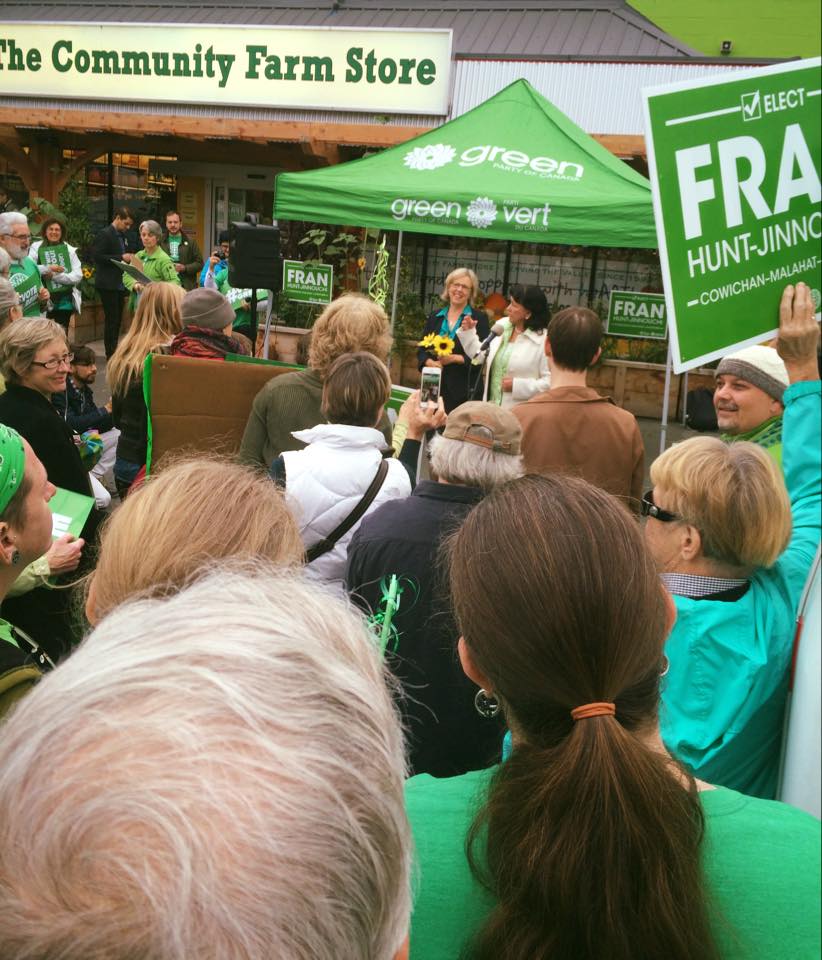 The national leader of the Green Party went on a whirlwind bus tour of Vancouver Island over the weekend for some last minute campaigning.

Elizabeth May was in Duncan on Sunday to support Cowichan-Malahat-Langford candidate Fran Hunt Jinnouchi of the Greens. She was in Nanaimo and Ladysmith on Saturday.

Juice FM caught up with May and asked her about a group of prominent environmentalists that recently decided to urge everybody to vote for the New Democrats.

The other major candidates in Cowichan-Malahat-Langford are the NDP’s Alistair MacGregor, Luke Krayenhoff of the Liberals and Martin Barker of the Conservatives.

It’s the closing weekend of the campaign and it’s brought some last minute twists.

One of them is an appeal to Island voters from a group of prominent environmentalists incuding Tzeporah Berman, a key activist in the Clayoquot Sound logging protests.

Naomi Devine speaks for the group.  She says they want people in ridings outside Victoria and Saanich Gulf Islands to back the NDP, even if they favour someone else.

Devine says for environmentalists this election is about “getting out of hell, not getting into heaven.”

Also, the Greens in West Vancouver Sunshine Coast are taking a shot at the Liberals, claiming the local campaign has close ties to the controversial Woodfibre LNG project.

The Liberals say Woodfibre public relations head Michael Llyons is one of over 300 volunteers, and has no official role in their campaign.