North Cowichan Duncan RCMP have released security camera pictures of the suspects in a shoplifting at the Wal-Mart on Drinkwater Road.

It happened on September 10th.

RCMP also say the man and woman threatened to shoot a store employee who noticed they were trying to walk out with a pair of power drills and other merchandise.

Both suspects are white, and in their twenties.

The woman has long, blonde hair with dark roots.  She was wearing a white tank top and shorts at the time of the theft.

The man has brown hair. He was wearing sunglasses on his head and a dark T-shirt with a Hurley logo 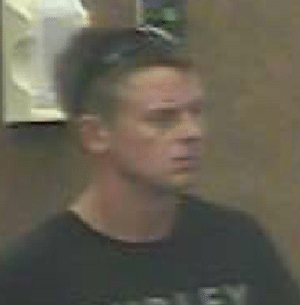 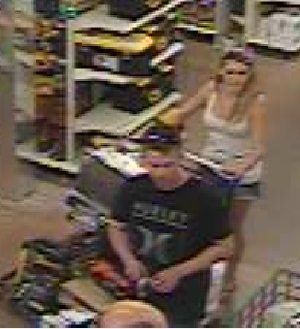 The only other clues police have are an Adidas sandal left behind as they ran off and jumped into a silver four door sedan with Alberta plates, BRH-2861. RCMP say, however, those plates are not registered to that car.