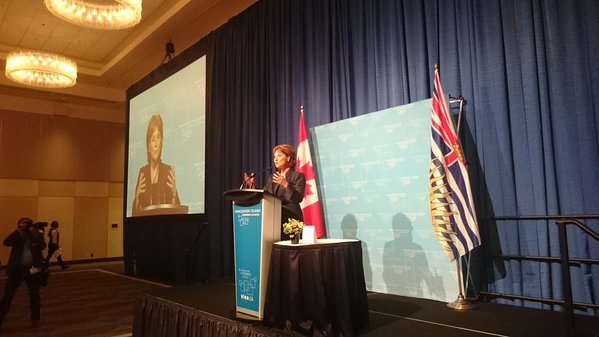 Premier Christy Clark is calling on Ottawa to give coastal First Nations a formal role in Coast Guard functions and Search and Rescue, in the wake of Sunday’s fatal whale watching accident near Tofino

Clark told the Legislature Wednesday that she’s approached the federal government with the idea, and she offered more details after a speech at the Vancouver Island Economic Alliance summit in Nanaimo.

She says bringing in a former Information and Privacy Commissioner will help restore public confidence.

The NDP opposition, including FOI critic and Nanaimo North Cowichan MLA Doug Routley has been hammering the government… over deleted e-mails in the Highway of Tears cases and the controversial firings of Health Ministry researchers in 2012.