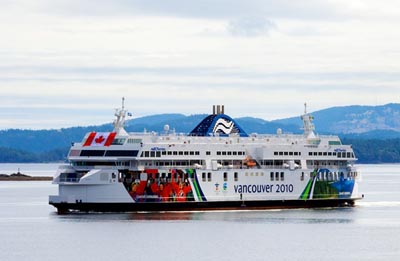 BC Ferries says it’s added up the cost of an incident on the Coastal Celebration last week… and they want to get that 40-thousand dollars back.

A man threw one of the ship’s big life rafts over the side, then jumped after it.

BC Ferries says the 40 thousand dollar estimate includes the cost of the damage to the raft, getting a replacement, overtime for the crews on the Celebration and Spirit of British Columbia, and extra fuel for the ships.

The company says it’s looking into ways to make the man repay the money.

He’s already facing criminal charges for a pair of break ins on Galiano Island, where he eventually turned up. Ferries is also talking to the RCMP about possible charges over what happened on the boat itself.