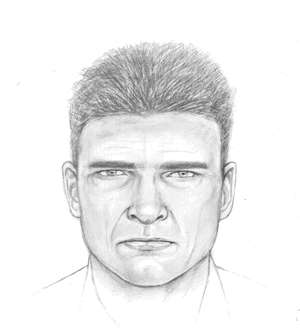 North Cowichan/Duncan RCMP are looking for a man believed to be impersonating a law enforcement officer. A Cowichan Valley resident was approached in her driveway in Duncan at approximately 6:00pm, September 26, 2015.  The woman reported that the man was wearing what she believed to be a police uniform, yellow stripe on the trousers, shoulder flash on a long sleeved grey shirt, and a duty belt (gun belt). She stated the male was in a black 4door vehicle that looked similar to a police car and that he drove into her driveway and began to make inquiries as if he was conducting an investigation. She was able to note that the man was not wearing body armour, a name tag, and did not have a radio.

This is very disturbing, to hear that a person is out there pretending to be a police officer, added Cpl. Krista Hobday. He was making inappropriate comments to the homeowner about her appearance and asking her personal questions. The man left when he was told there were other people at home.

This is not the way we conduct ourselves when making neighbourhood inquiries regarding an ongoing investigation. We identify ourselves, offer our business card to the person we are speaking to, and have a radio and other identifying pieces of equipment. We do not know what this man’s intentions were but we fear it may have been to gain access into this woman’s home and harm her. Please be diligent when identifying someone before giving out personal information or allowing them into your home.

Our complainant was able to describe the man to a Force Composite Artist. A likeness of the man has been released to the public. If you know who this man is, please contact the North Cowichan/Duncan RCMP at 250-748-5522 or alternately you may call Crime Stoppers at 1-800-222-TIPS (8477). You do not have to reveal your identity to Crime Stoppers. If you provide information to Crime Stoppers that leads to an arrest you could be eligible for a cash award.