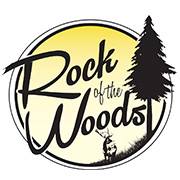 It appears as if a local indie rock music festival will be returning to Sahtlam for at least three more years.

The CVRD’s Electoral Area Services Committee is recommending the Board should approve a temporary permit for Rock of the Woods to be held at the same location.

The CVRD director for that area is Alison Nicholson. She says she has some concerns about the whole permit process, however, it was encouraging to see young people get involved.

Nicholson says she doesn’t like how the process pinned neighbours against each other. She says everybody likes the festival, but the problem is that some people don’t want it right next to them.