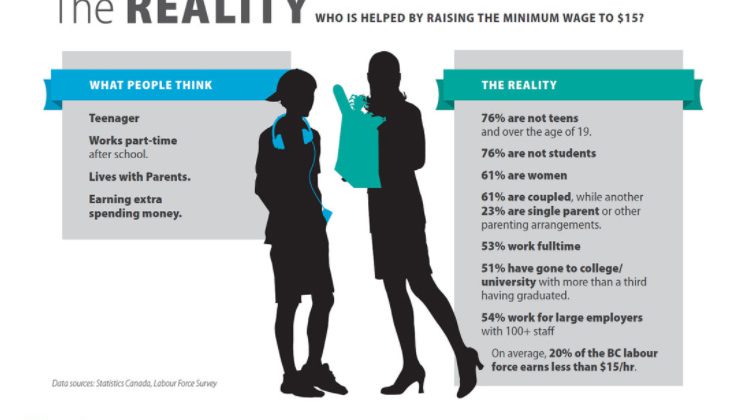 The provincial government has announced that the minimum wage will be north of $15 dollars an hour by 2021.

The minimum wage is currently $11.35, however, with increases set to kick in on June 1 in the next four years, the impact on businesses won’t be as significant.

Duncan-Cowichan Chamber of Commerce President, Julie Scurr says it’s far better the $15.20 minimum wage is being phased in over the next four years.

Duncan-Cowichan Chamber of Commerce President, Julie Scurr says by phasing this increase in over the next four years, it’s consumers who will be faced with higher costs.

However, Social Planning Cowichan says the ‘living wage’ for 2017 was more than 19 dollars an hour.

The Fair Wages Commission recommended the following schedule of increases:

Depending on economic conditions, the commission recommended that government consider an additional hourly increase of up to 20 cents, to $15.40 an hour in 2021.