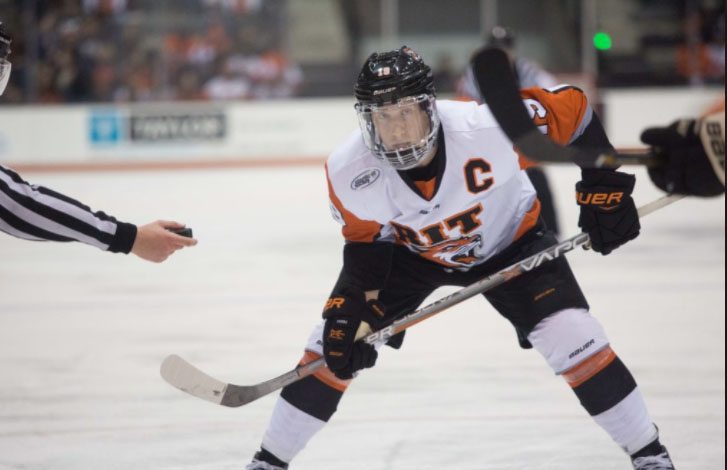 Former Cowichan Capitals standout, Myles Powell has been nominated for the college hockey’s most prestigious honour, the Hobey Baker Award.

Powell is one of 74 nominees, he’s the only British Columbian in the mix and is just the third Rochester Institute of Technology Tiger to earn a nomination.

The Comox product is in his fourth season with the Tigers.

Two of the last four Hobey Baker award winners are now starring in the NHL, as Jack Eichel (Buffalo) won the award in 2015, and Flames star, Johnny Gaudreau won in 2014.

The award will be handed out April 6.