By Mike Patterson
Thursday, Apr. 2nd, 2020
Facebook
Twitter
ReddIt
WhatsApp
Email
A new poll by Insights West says BC Provincial Health Officer, Dr. Bonnie Henry is the most trusted public figure in the COVID-19 crisis.
Seventy-nine percent of British Columbians approve of the leadership she’s providing.
Provincial Health Minister Adrian Dix has an approval rating of 71 percent.
Prime Minister Justin Trudeau stands at 67 percent, and BC Premier John Horgan has a 64 percent approval rating.
The Insights West survey shows the level of concern about COVID-19 in BC is now considerably higher.
The poll was done in late March and found many more people are paying attention to this issue – 70 percent now, compared to 48 percent in a February survey.
The level of concern has escalated significantly because of the negative fallout from closures and job losses are being felt by many people.
Insights West found that 45 percent of people rated themselves “very worried” compared to just 15 a few weeks ago. 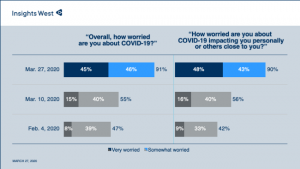 Fifty-four percent are concerned about covering household expenses and 49-percent are worried about being able to put food on their table. 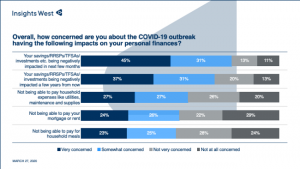