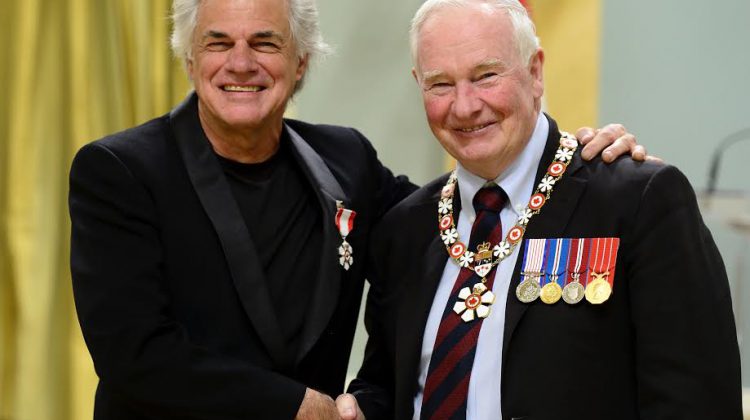 Photo by: Sgt Ronald Duchesne, Rideau Hall, OSGG. ©Her Majesty The Queen in Right of Canada represented by the Office of the Secretary to the Governor General, 2016.
Salt Spring Island’s Bill Henderson received one of the country’s top honours after being invested into the Order of Canada by Governor General David Johnston in Ottawa on Friday. Henderson and 47 others received their award in the special ceremony at Rideau Hall. He explains what being part of the Order of Canada means.
Henderson is being recognized for his musical career spanning close to five decades, as a guitarist and singer with Chilliwack, recording songs like “Whatcha Gonna Do” and “My Girl” as well as his work in copyright activism.
The award is given to recognize outstanding achievement, dedication to the community and service to the nation. More than 6 thousand people from all sectors of society have been invested into the Order.