The tree has got to go 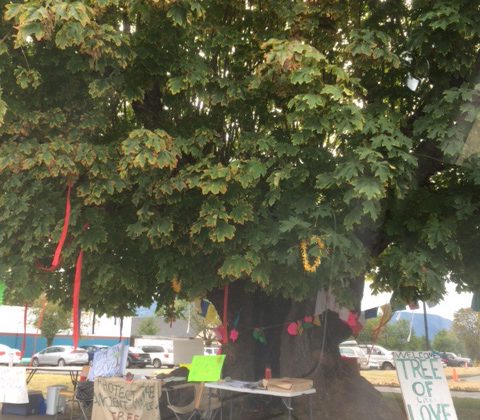 A small group of people attended the Island Savings Centre Commission meeting Tuesday to learn the fate of the controversial maple tree that was to be removed during the parking lot reconstruction. The Commission was in receipt of a report from Dunster and Associates that suggested the old tree was likely to suffer from limb failure within 5 years time and would need structural support if it was to stay to reduce the risk to the public.

The report suggested supporting the tree was likely to cost around 10,000 dollars and annual maintenance would be around the 1,500 dollar mark.

Committee vice-chair, Al Siebring says 90 per cent of the people he heard from said to take the tree down as it wasn’t cost effective to try to save it. Many members of the Commission echoed the same sentiment, saying people didn’t seem to be in favour of spending money to save a hollow tree.

Commission Chair Sharon Jackson says it was an extremely difficult decision.
Jackson says she understands that some people are upset, but did not feel their reaction was totally warranted.
The commission also voted to include the public in making decisions on the tree trunk after its removed, as well as how the tree is honoured.