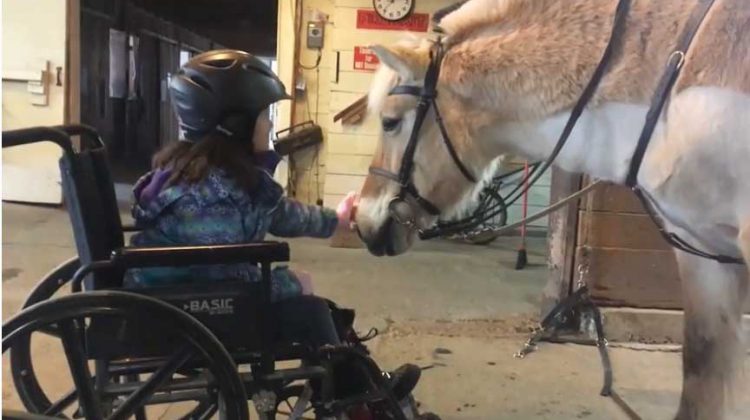 Ember is a therapy horse at the Cowichan Therapeutic Riding Association and following a viral video, the local therapy horse has gained international notoriety.

‘Ember had a Dream’ is a video the local organization posted on its Facebook page and it has surpassed the one million view milestone.

“We were just looking to create something that people could connect with,” said Muir. “Actually, we thought of the Budweiser commercials with the big horses, we just sort of thought a short video could have a big impact.”

It did just that, as it’s now north of one million views and you can view the video here.

Muir said this video took on a life of its own and people from around the world have been reaching out to the local association.

“In the case of any viral video, it’s out of your hands, you just have to sit back and watch it,” said Muir. “It’s pretty neat, we heard from people from all over the world; we had someone from Germany contact us and someone from the southern US (another organization) shared it on their page.”

Maddie Mahon shot the video on her phone.