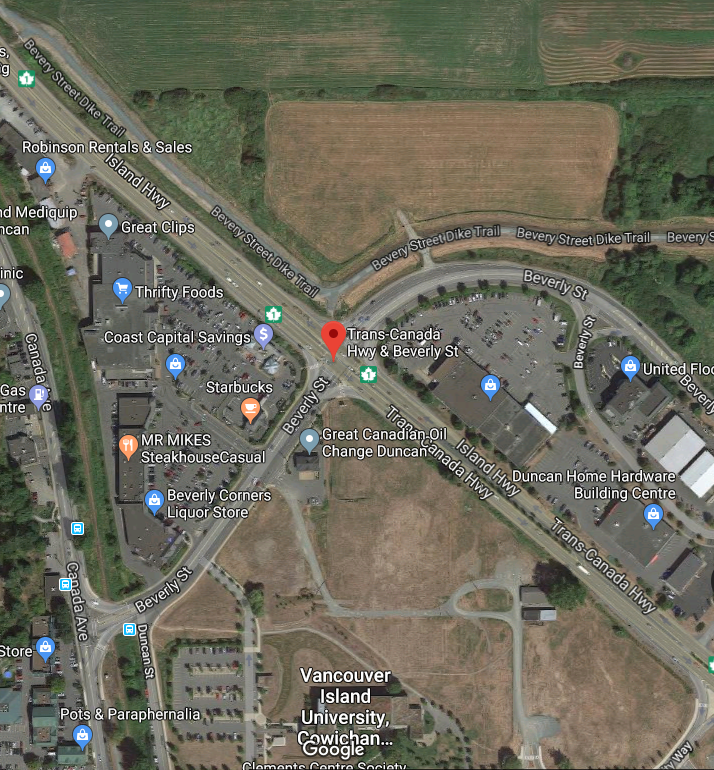 ICBC has released a list of the province’s top ten worst intersections in 2017.

The top crash intersection in the province, at 255, was in Vancouver at Knight Street and Marine Drive.

On the Island, a Duncan intersection was number nine on the top ten list.

It was Beverly Street and the Trans-Canada Highway where 59 crashes happened.

Nanaimo had three intersections on the list all and all were along the Island Highway.

They were at Bowen, Aulds and Mostar Roads.

The rest of the locations on the list were in Saanich, Langford and Victoria.

Six people died in fatal collisions at the ten worst intersections on the Island in 2017 and more than 7,000 were injured.