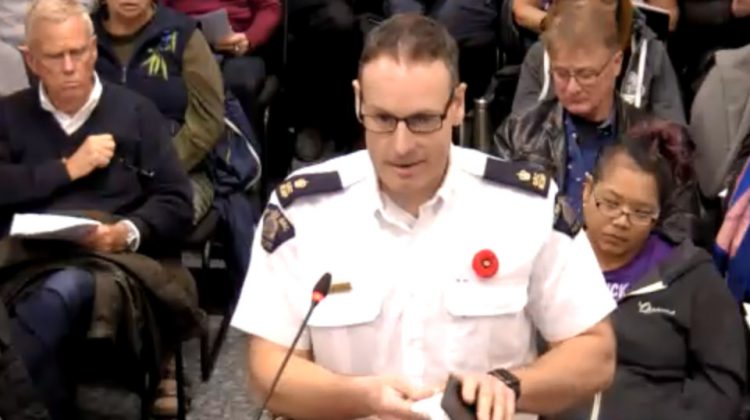 While calls for service between July and September went down by 96 calls from the second quarter, but year-to-date calls are up by 402 compared to last year.

Cases of impaired driving have increased by 72 percent year-to-date this year, as compared to 2018 numbers and Inspector Chris Bear said shoplifting numbers were down, with one exception.

“We actually saw a decrease in shoplifting occurrences reported for the period, it was up slightly for the City of Duncan, but overall it was down,” said Bear.

Of the 17,540 calls for service since January 1, North Cowichan, the City of Duncan, and First Nations Reserves rank one, two, and three in terms of calls at 49, 22, and 13 percent respectively.

Bear said Fentanyl continues to have a major presence in the Cowichan Valley.

“We’ve done a number of drug seizures, we’re seeing consistently that there is Fentanyl and we’re continuing with that,” said Bear. “We’ve done 4,710 hotspot patrols throughout the Cowichan Valley, which is quite remarkable for the officers getting out and about and trying to prevent crime, identify crime, and take action at that point in time.”

Through the RCMP’s Positive Ticketing Campaign, 150 positive tickets were issued in the quarter for people who were doing the right thing.

Doing the right thing can take in everything from properly using a crosswalk to wearing bicycle helmets while cycling.