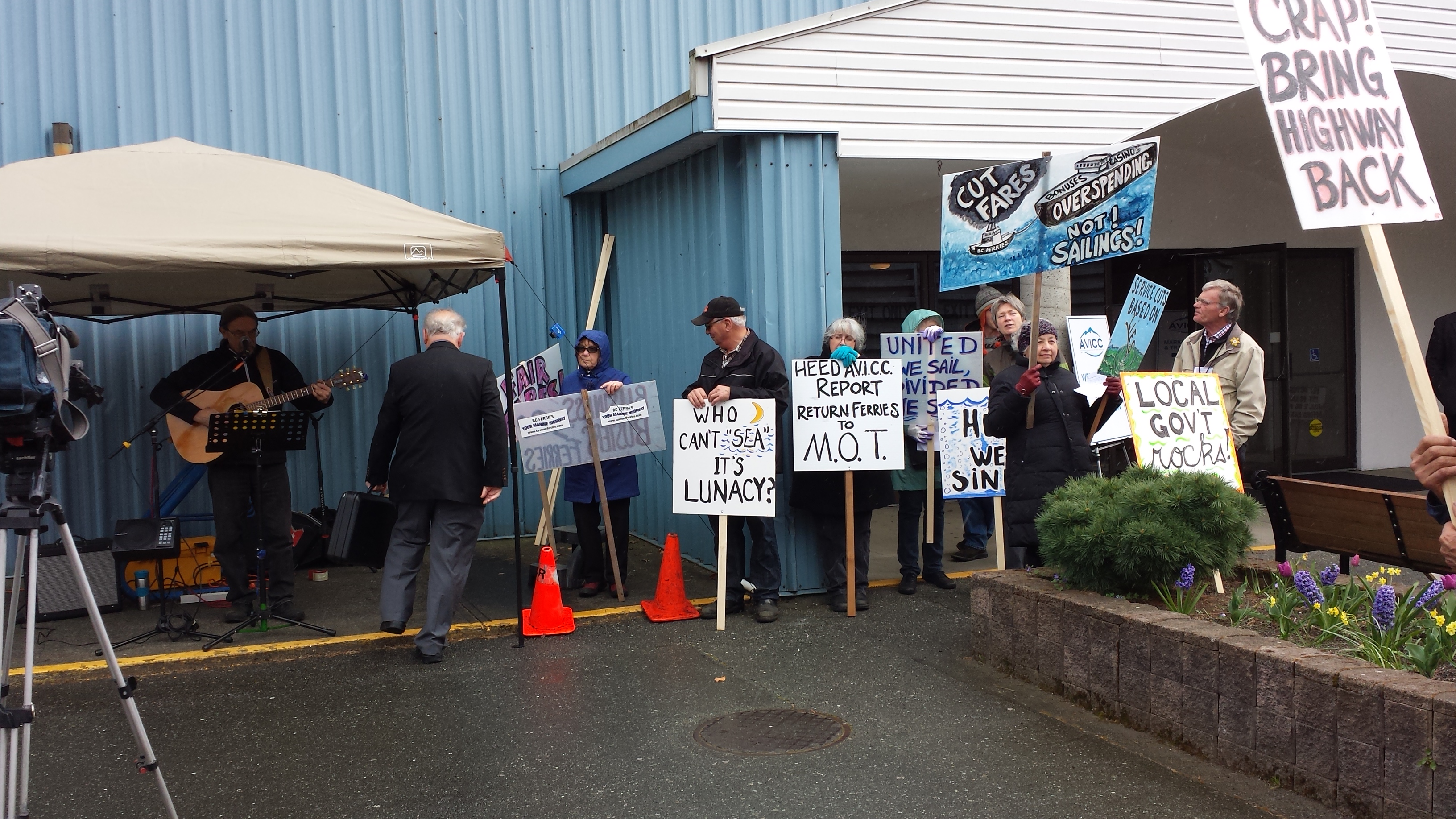 Local government leaders are gathering today on the North Island for the Association of Vancouver Island and Coastal Communities AGM, and they’re starting the meeting by wading right into one of the hottest topics; BC Ferries.

Jim Abram is chair of the Strathcona Regional District, one of the host communities.

He’s also part of a working group on BC Ferries issues made up of RD representatives from around the south coast.

But Friday afternoon started with a protest that brought together politicians and people from ferry dependent communities,  including Carla Neal.

It’s expected AVICC delegates will, once again, endorse the message that fares need to be rolled back, service cuts restored and BC Ferries brought under full government control.