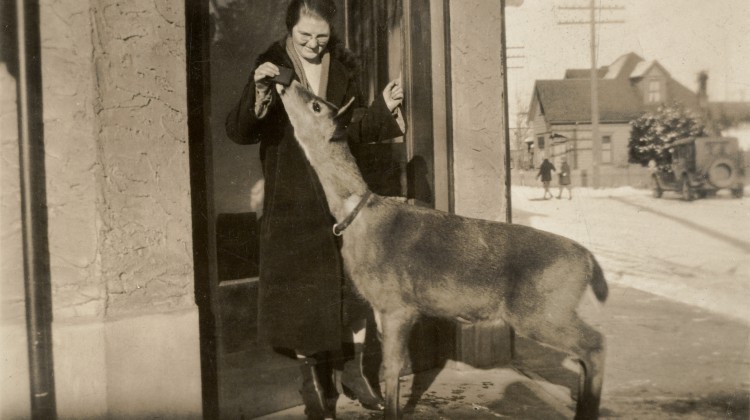 (photo: Clara Whidden with ‘Skeezix’ the tame deer on the steps of Wragg’s Bakery, circa 1929)

And it puts the spotlight on the City’s business past.

Museum curator Kathryn Gagnon says a series of “Heritage in Duncan: Early Businesses” signs are going up featuring the stories and pictures of pioneer businesses and historic commercial buildings.


Gagnon says each sign gives a brief history of the site and includes photos and documents.

They also tell stories linked to events in the city’s business history, like when colourful Duncan Mayor  James Chesterfield Wragg (owner of Wragg’s Bakery at 211 Craig Street) tried to get a Royal tour to stop in Duncan.

“In 1951, Princess Elizabeth and her new husband, the Duke of
Edinburgh, were scheduled to tour Vancouver Island during their visit to Canada. Duncan was not a stop on the tour, however, and Mayor Wragg, never one to be discouraged by an official Royal
itinerary, wrote to Buckingham Palace and requested that the schedule be changed to include a stop here. The Palace stated that the itinerary could not be changed, prompting Mayor Wragg to call for a roadblock during the visit! The Mayor galvanized residents to link arms across the highway in an effort to disrupt the royal entourage. Thousands of people showed up to see what would happen.”