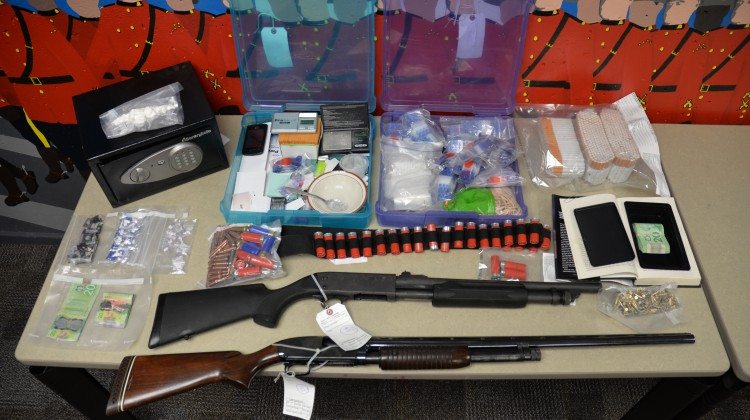 Nanaimo RCMP say a 34-year-old man is facing multiple charges after guns and drugs were found in a home in the 700 block of Quilcheana Crescent on the morning of December 14th.

O’Brien says one man was arrested and is facing numerous firearm related charges and possession for the purpose of trafficking. He says they also found cash and contraband cigarettes.

O’Brien says a bail hearing will be held on Monday night, December the 14th, where police will recommend that the suspect should remain in custody.