As dog recovers the former owner is facing charges 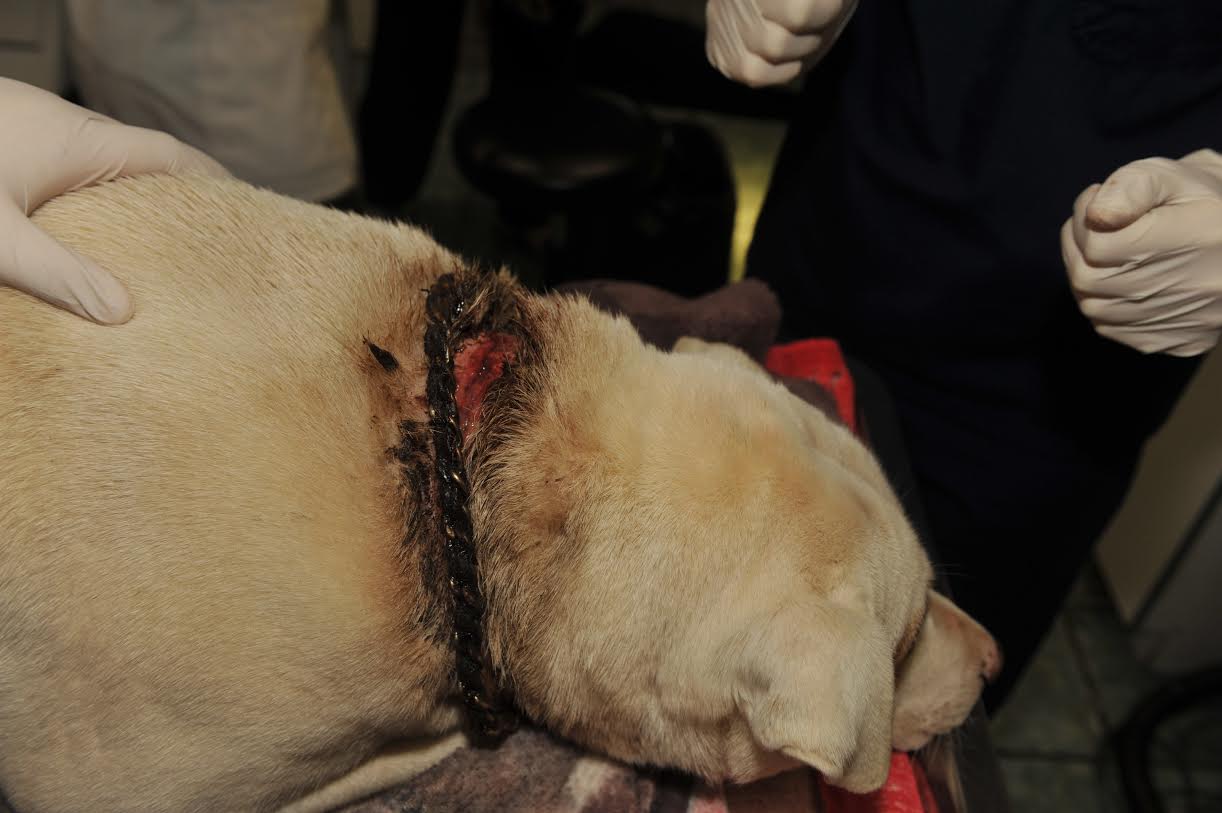 - Advertisement -
A Vancouver Island man has been charged with animal cruelty under the Prevention of Cruelty to Animals Act.
This after his dog was taken into BC SPCA care with a choke chain deeply embedded in his neck.
Last February, the BC SPCA responded to a call about a tethered dog in distress on Daniel Elliott’s Ladysmith-area property and found the young pit-bull cross extremely lethargic and suffering from a badly infected wound caused by the embedded collar.
Elliott surrendered the dog, who was taken immediately to Island Veterinary Hospital in Nanaimo, where the chain was surgically removed from his neck.
If convicted, Elliott faces up to two years in jail, a fine of up to $75,000 and up to a lifetime ban on owning animals.
- Advertisement -
Facebook
Twitter
ReddIt
WhatsApp
Email
- Advertisment -
- Advertisment -
- Advertisment -