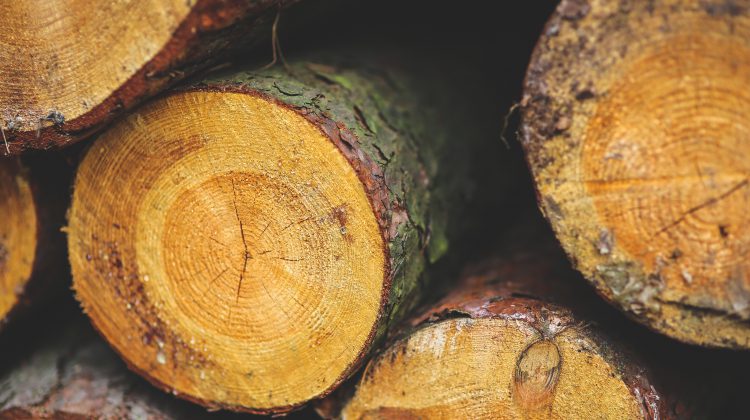 Gold River was left in shock last Monday morning (March 1st), after a forestry worker died in a fatal accident southwest of the small village.

Its flags were lowered to half-mast in honour of Chris Bohn, a 54-year-old father of three. He was an employee of a Western Forest Products (WFP) contractor, working in Tree Farm Licence 19.

“A tragedy like that, it affects all of us in the forestry community. We’re all connected and we’re all deep-rooted with forestry. If it affects one community, it’s affecting all of us,” says Rona Doucette. “We’re all family.”

The Loonies for Loggers co-founder says it affects everyone who knew Bohn, “Friends, co-workers and family.”

And, nearly a week later, his loved ones are picking up pieces, as they deal with the tragic and unexpected loss.

“Left behind to grieve is a family who in a time like this should not have to worry about things like bills or payments. This is a time when their only focus should be grieving and healing.”

With this in mind, Doucette and her Loonies for Loggers partner Tamara Miggett launched a fundraiser this past Tuesday for Bohn’s family.

“Let’s show our support by ensuring that financial stress is one less thing they will have to worry about right now,” she says. “Let’s make sure that they can take all the time they need to grieve and to heal from such a loss.”

The group was first established in September 2019, in an effort to help forestry families facing hard times during the labour dispute between USW (United Steelworkers) and WFP.

While the ongoing pandemic halted their efforts, Doucette and Meggitt have resurfaced stronger than before, ready to put their fundraising skills back to work.

“Tamara and I knew we had to do something for the family,” Doucette says.

With this said, they’re now accepting e-transfers for Bohn’s family. Donations of any size are welcome.

While there’s no set fundraising goal, Doucette says the donations keep rolling in.

“We’ve received small, we’ve received large donations so far,” she says. “We just said we need to do this, and we don’t really have a goal. We’re hoping we can raise enough money for the family so they don’t have to worry about anything for the next few months.”

Doucette’s now hoping to get the money out to the family as soon as possible.

“We want to take it into Gold River, but with Covid, we’re trying to remain as contactless as possible. Right now, Tamara and I don’t go out anywhere anyway. But we are going to isolate, and then we’ll take the money in for the family. We’ll make arrangements.”

And for Doucette, family sticks together.

“It’s devastating to the community,” she adds. “It hits so close to home for everyone in the forest industry. We’re all one big family.”

To learn more about the fundraiser, Doucette encourages you to visit the Loonies for Loggers Facebook page. She says e-transfers can be sent to: looniesforloggers@gmail.com

At this time, the circumstances of Bohn’s death are under investigation by Worksafe BC, the logging contractor, and WFP. You can read WFP’s original statement in our previous story.