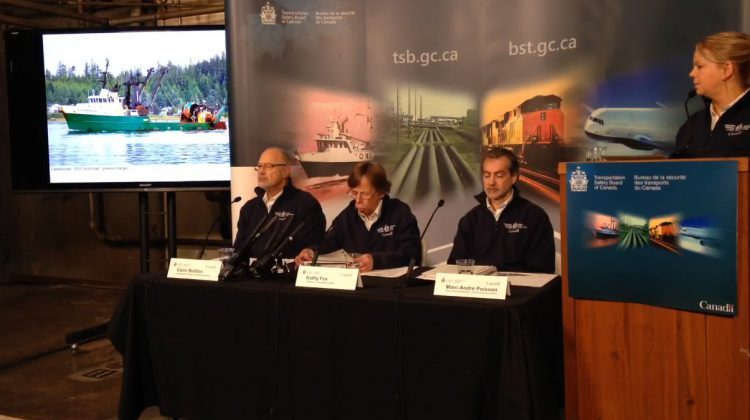 It’s no longer acceptable to think of fishing as just a dangerous job and that nothing can be done about it.
That, from Kathy Fox, Chair of the Transportation Safety Board of Canada.
The Board has released the results of an investigation into the sinking of the Caledonian.
The 100 foot vessel sank off the west coast of Vancouver Island back in 2015, three crew members, who were not wearing life jackets died and a fourth, who was wearing a PFD survived.
Fox says roughly 70 percent of all fishing-related fatalities in the past decade came while not wearing a PFD and many fishermen still don’t wear them….
Another recommendation is that all commercial fishing vessels, large and small, have their stability assessed and the information be kept up to date and presented in a way that is clear and useful for the crew.