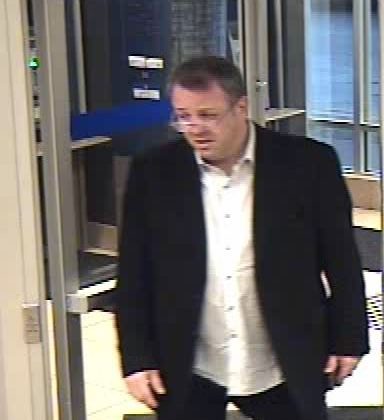 The Nanaimo RCMP is asking for the public’s help in identifying a man who allegedly committed financial frauds at two RBC locations in Nanaimo.

He managed to net almost 11,500 dollars in currency.

The two incidents in which the Nanaimo RCMP are investigating happened at the Brooks Landing and the Commercial Street branches back on December 11th.

To date, the individual has made off with about 70,000 in funds from RBC client accounts throughout Quebec, the Lower Mainland, and Vancouver Island.

Mounties say beginning in March of 2018, the suspect was able to get identification from existing RBC clients and he attended to five different RBC locations throughout Quebec.

The same person is then alleged to have committed eight fraudulent transactions between November 6th and November 7th at RBC locations in Surrey and Langley.

The last reported incident involving the suspect took place on December 12th in Parksville where he made off with 8,000 dollars.

The suspect is described as being white, 45-55 years of age, heavy set with dark hair, and was wearing glasses.

If you have information on the identity of the suspect call the Nanaimo RCMP at 250-754-2345. If you wish to remain anonymous, contact Crime Stoppers at www.nanaimocrimestoppers.com or call 1-800-222-8477.