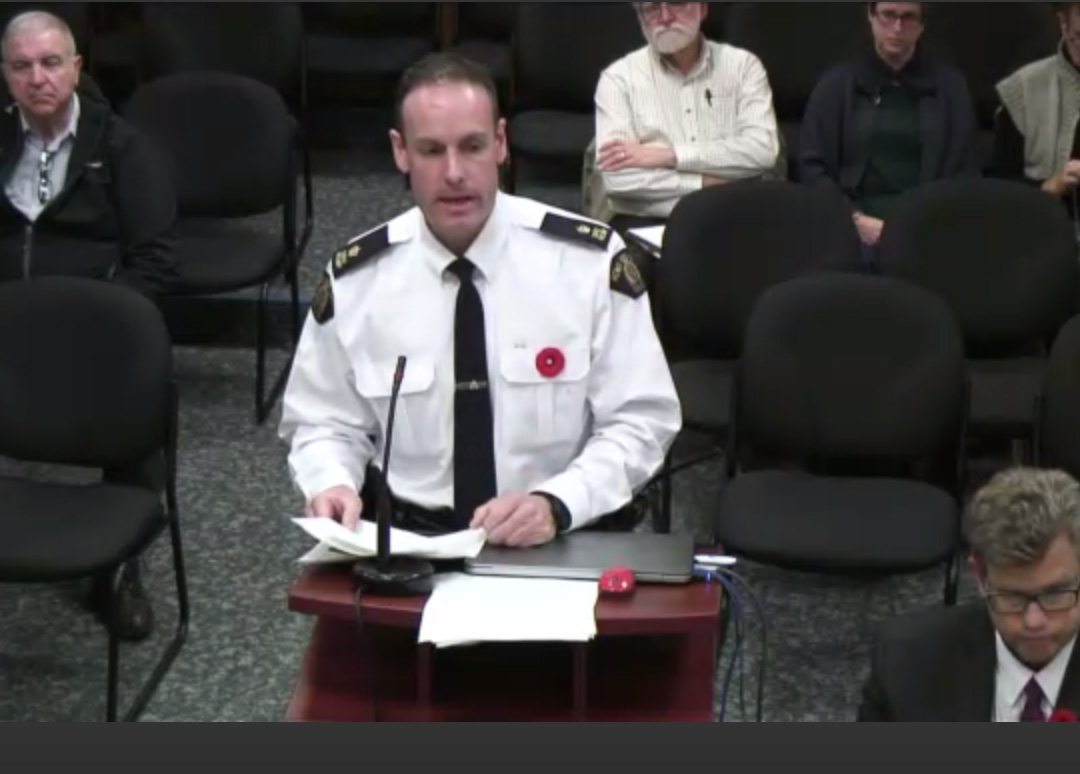 In the report, Bear laid out that 48 percent of the more than 22,000 calls for service in 2018 happened in what is called the “other North Cowichan” area, or the part of the jurisdiction that is closest to the City of Duncan.

Bear said there is a common denominator in all drug-related files.

“We’ve had a number of significant drug files for the detachment, but one thing we’re seeing is that fentanyl is definitely present in all of them,” said Bear. “There was one out in Chemainus that we also executed a search warrant for. We’ve been working with North Cowichan bylaw on that which we appreciate, its really been helping us out.”

Duncan accounted for 22 percent of all the calls for service, followed by First Nations at 14 percent, the CVRD at 10 percent, and non-specified locations (listed as detachment) at 6 percent.

Bear highlighted that calls for service has increased by more than eight percent (8.5) from this time last year and by more than 200 calls from the same quarter of 2017.

He said work continues to try and enforce the “Safe Streets Act,” but enforcement of panhandling can be difficult.

“Individuals can make a substantial amount of money in a short period of time and that’s why we’re there, that’s why they are out there, still getting the money,” said Bear. “It puts the individual at risk for a lot of times that they’re out on boulevards and for their safety and the safety of the motorists and the general public, we would like to have those people moved on to different areas.”

According to Bear, many panhandlers don’t have a drivers license, they don’t have vehicles, they don’t fear repercussions and they’re unable to pay the fines when they are ticketed.

Call for Mask Mandate to be Reinstated