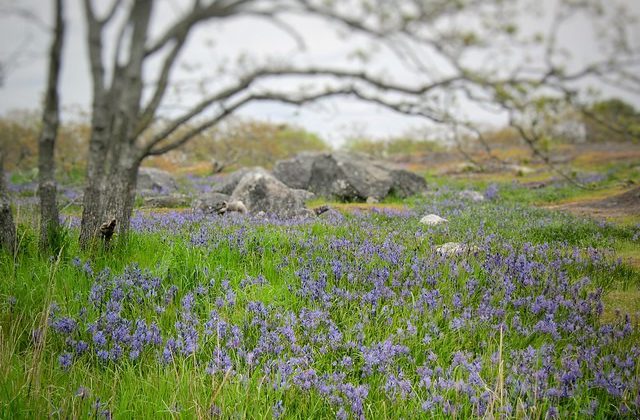 Garry Oak ecosystems cover a minuscule five percent of the earth and the only such ecosystems in Canada are right in our own backyard.

Prescribed burns are planned for the Cowichan Garry Oak Preserve either this month or next and the reason its so hard to determine exactly when these burns will take place is because the weather window needs to be perfect.

Wildfire Technician with the Cobble Hill Fire Base Dan Taudin-Chabot, who also serves as the Burn Boss for this project, said a unique feature in these ecosystems is that they are maintained by fire.

“Those ecosystems were historically maintained with fire, the natural native species are quite receptive to fires, they’re able to bounce back and hopefully the invasives are less receptive to fire,” said Taudin-Chabot.

He added, “(The invasives) aren’t from fire-maintained ecosystems historically. The scotch broom, the gorse, and the snowberry, a lot of times, if you burn them three years in a row, it can actually get rid of them.”

The burns in the Cowichan Garry Oak Reserve and at Rocky Point in Metchosin are three-phase burns, each accounting for half a hectare.

Taudin-Chabot said it’s hard to pinpoint when this burn will happen.

“What you don’t want to do is burn when it’s wet out, nothing happens. You don’t get the spread, you don’t get the intensity, you actually need resident temperatures to kill the invasive species,” said Taudin-Chabot.

He added, “It needs to be warm enough and dry enough to do that, but also not so hot and dry that’s it’s beyond what’s reasonable for that area.”

This burn is expected to happen this month or in October and it will be the first such burn in the Maple Bay ecosystem since 2016.