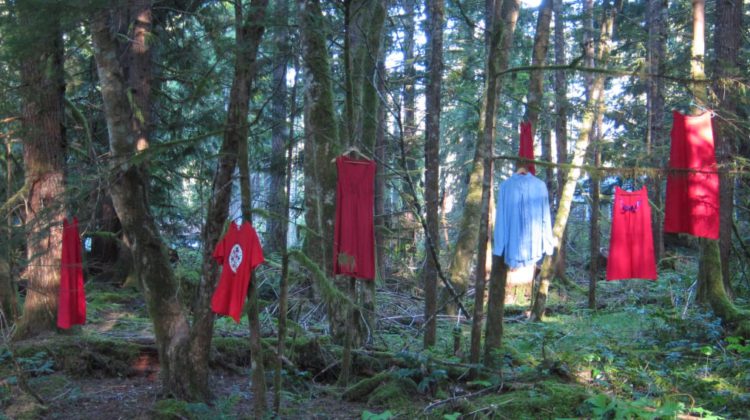 May 5 is the National Day of Awareness for Murdered and Missing Indigenous Women and Children.

To mark the day, an event is planned in Duncan to raise awareness of Indigenous women and men from the Cowichan Valley who are still missing and also to highlight the crisis caused by toxic drugs in the community.

The Cowichan Missing and Murdered Women, Men, and Children group will hang red dresses and blue shirts to mark the day and has invited members of the Cowichan Leadership group to take part in hanging them.

Members of the group will be at Station Street Park in Duncan between 10 am and noon on Wednesday and again on Saturday.

They are recommending that the red dresses, along with the blue shirts representing missing boys and men, be placed along Craig Street, the area near the train station, or along the highway.

The group’s executive director, Monica Patsy Jones says her family, among many others in Indigenous communities, is still seeking justice and closure.

In 1977, her older sister, Cathy Joe was the victim of a brutal and still unsolved murder.

She says families are still in mourning because they haven’t found their loved ones to bring them home.

Jones says they want “to bring in the awareness of the missing and murdered here in Cowichan, uniting the citizens and the nations, working in solidarity to remind everybody of this issue that is still ongoing.”

The group states that “ceremony together is relation building and important.”

They also hope to bring attention to the harm being caused by the toxic drug supply and bring Cowichan Valley citizens and nations together in solidarity with this cause.

Jones says the recent racist sentiments expressed during the COVID-19 outbreak that spread through Cowichan Tribes, and the ongoing deaths from bad drugs, demonstrate there is much ground to cover to raise the community up.