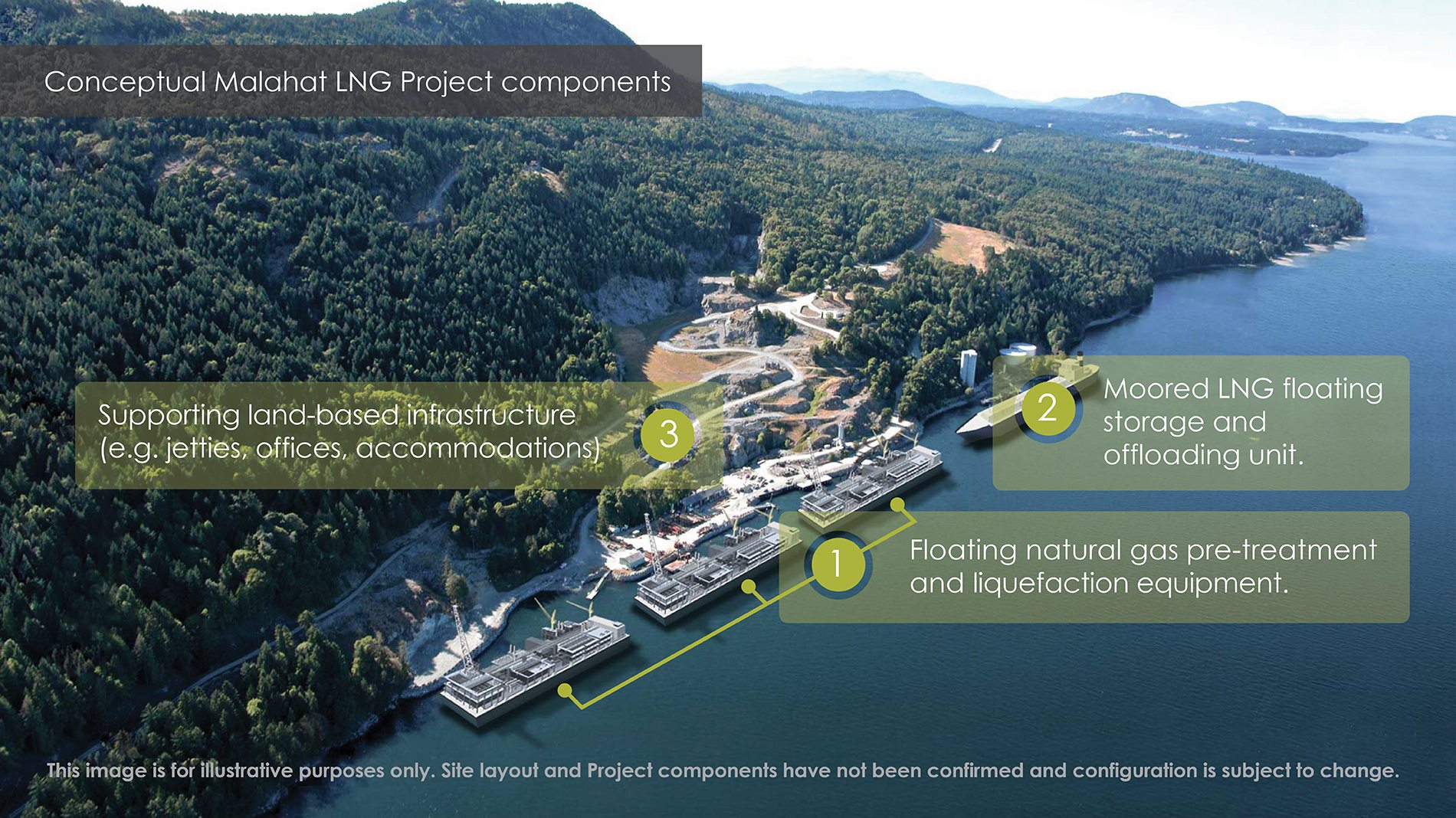 - Advertisement -
The Malahat Nation has released a statement following the exit of Steelhead LNG from the liquified natural gas project that was proposed for the Bamberton Industrial Lands.
The CEO of the Malahat Nation, Renee Racette says while the project with Steelhead isn’t moving forward it was important for the Malahat Nation to evaluate the opportunity as a community.
Malahat Nation and Steelhead LNG had been exploring the project together for nearly two years, conducting environmental studies, engaging local First Nations and communities, and undertaking engineering work.
She says the First Nation now has more information about Bamberton and the surrounding area that will be used to support the community in planning and making decisions on potential future developments in the traditional territory moving forward.

There was much local opposition to the project.

Steelhead LNG is continuing to explore another LNG project for an area southwest of Port Alberni.