Ride to raise money and awareness for PTSD 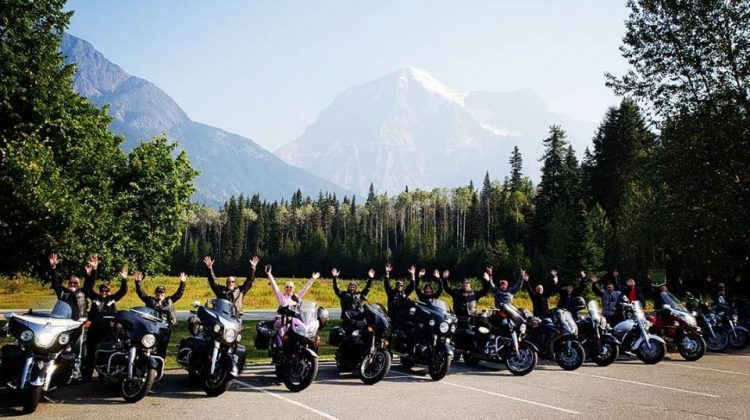 Photo from The Rolling Barrage Facebook page; https://www.facebook.com/therollingbarrage/?hc_ref=ARSilqz-LyEOSxQiE5S8D-7qpd0qD5_SgcjY3bT4yGfjUlegrnFL7EypLVqjH1RKYvw&fref=nf&__xts__[0]=68.ARCUbc5d7tIPutZDu6yNTUqjdYiD2pwcLnjk0Zd5sJs1WpLgm9P1i6J40SwiFnm_9WxmQg5MwKwA9Zz7PYUjLGwq7FLWnaYuiGHc2QFJCTBKVG_YqHAP2xhvXuwTQORSLxuWPXt4vi66&__tn__=kC-R
PTSD affects more than just active and retired members of the military, it also affects first responders and their families.
The Rolling Barrage is a motorcycle ride that started in Halifax just over two weeks ago and it will arrive in Nanaimo Wednesday with participants departing the Loyal Order of Moose Lodge on Cranberry Avenue at 4 and heading south down the Trans Canada Highway to finish in Victoria at the Shark Club.
The ride is being done to raise funds and awareness of PTSD.
Geoff Turner, a volunteer, and a participant in the inaugural run last year says some of the riders have been with the group since the beginning while others have joined in for some legs of the journey to show their support.
Turner says the ride was started by Scott Casey, a Peacekeeper in Sarajevo who has seen 14 of the 250 members of his regiment commit suicide since returning.
Turner says members of the public can support the ride by donating through The Rolling Barrage website (http://www.therollingbarrage.com/), or by riding with the participants for their final leg to Victoria.