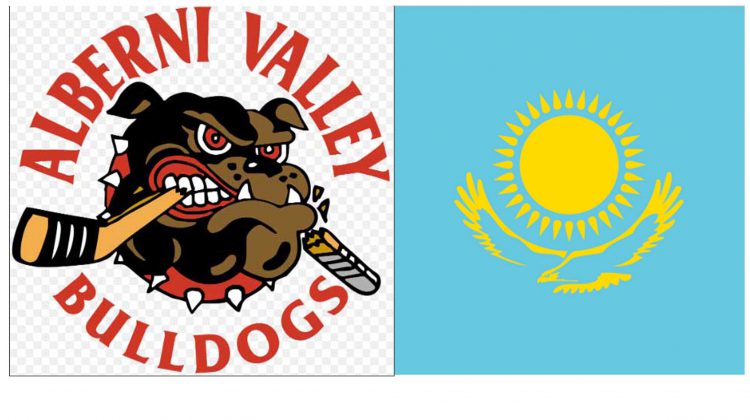 While Canada has the business of defending gold on home ice to deal with, a Cobble Hill product is going to get a one in a lifetime opportunity in Port Alberni.

Isaac Tonkin-Palmer is a forward on the Bulldogs and the 18-year-old already has tickets to some of the IIHF World Junior Hockey Championship games in Victoria and said the opportunity to play Kazakstan, a team from the other side of the world is surreal.

The Bulldogs will play a pre-tournament game against Kazakstan, who is back in the top division for the first time since 2008 when the World Juniors was hosted in Ottawa.

Tonkin-Palmer said the idea of playing Kazakstan started with a rumour that it may happen and when those rumours became reality everyone on the team was very excited.

“When we first started hearing rumours about it, it was definitely perking up a couple heads,” said Tonkin-Palmer. “We started talking about it and we were like ‘is this really going to happen?’ and then when we got the news everyone was really excited about it.”

The Bulldogs host Kazakstan on December 19, starting at 7 p.m at the Weyerhaeuser Arena in Port Alberni.

Canada plays the preliminary round games in Vancouver and Tonkin-Palmer said he already has tickets to the games in Victoria.

Chemainus product John Hawthorne is a goalie with the Bulldogs.